← more from
Lumière Noire
Get fresh music recommendations delivered to your inbox every Friday. 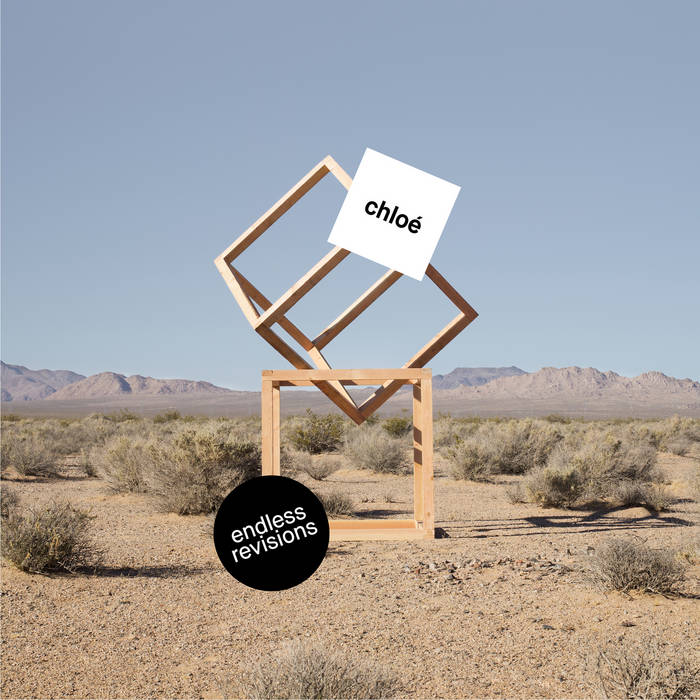 After twenty years at the center of the electronic scene, the enigma that is Chloé still stands. While Chloé has long transcended her image as the “DJ” behind legendary club night Pulp, headlining the Rex as well as clubs and festivals throughout Europe, Endless Revisions represents yet another deviation from rigid genre classification, deepening the often-linear perspectives on current music. A rich and multi- faceted work, the artist’s captivating third album drifts from one mystery to the other, harkening back to philosopher Theodor W. Adorno’s maxim: “the task of art today is to bring chaos into order.”

Seven long years in the making, the follow-up to One in Other is only the third full-length by the artist, whose high standards translate into scarcity: “I did wait a while to make this album,” she confirms, “because I prefer not to impose deadlines on
the full-lengths. To do so would stifle my creativity. Over the past few years, people have come up to me with interesting collaborations. I composed the score for Lidia
Terki’s feature Paris La Blanche, worked with the Ircam for a live interactive installation, reinterpreted Steve Reich with percussionist Vassilena Serafimova...

These opportunities forced me to leave my studio and encounter other people’s universes, which allowed me to grow. So today, I feel like I have new things to express.” Now that she has set up her new label, Lumière Noire, and released a few EPs over the last year (by the likes of Il Est Vilaine and Sutja Guttierrez), the time felt right for the producer to come up with a new opus: “the label was born out of a desire for emancipation, for self-assertion.

Lumière Noire was the push to finish this new full length.” This third LP serves up Chloé’s music in its finest form –
music that eschews the well-trodden paths of delight and seduction in favour of an experimental sensibility that puts motion before emotion. The title, Endless Revisions, refers to the constant work that goes into the gestation of the artist’s inner landscapes before they can be displayed for the audience. This sensory experience also serves as a mirror that she hangs for herself, each resulting track
providing another step toward emotional equilibrium. Each song on Endless Revisions is a stepping stone across the stream of consciousness, a way to cross over into the mechanics of soul-searching. Is this what the work of songwriting represents for Chloé? “I feel like I found myself on this album“ she replies without hesitation. “When the world changes around you, you can’t just stay as you were twenty years ago. The idea with this new label, this new album, is to look towards the future. This album represents who I am now, as I’m opening up to new horizons.” The producer continues to display a subtle, expert handling of electronic abstraction, and the tact and contact that have been present since her first EP, Erosoft, remain her prime vectors. And, while the album’s thirteen tracks each has its own radically unique mood, this intentional shuffling seeks to tell a story – albeit a cryptic one: “that’s what the LP format should allow for. I think of the sequencing of the tracks as I would a DJ mix.” Graceful yet troubling, the centerpiece The
Dawn offers over ten minutes of zero-gravity bliss, inhabited by a mysterious voice. The musical pendant to the Chloé X Ircam sound installation, created for the
prestigious Parisian musical research institute Ircam, The Dawn was also mixed in 3-D binaural sound in collaboration with the French state radio’s team of sound
engineers. This sophisticated sonic approach, which pits cutting-edge technology against analog textures, runs throughout Endless Revisions: “we often think that
the technological aspect is out to kill the emotional dimension, but sometimes it’s quite the opposite, and this is one example. The Dawn actually starts with a
cassette tape sound effect, to establish a contrast with today’s technology. This music tells a story, but it’s a very ancient one, best listened to on a crackly old vinyl record, or a cassette tape.” Along with the deep, cerebral The Ultimate High, The Dawn is probably the only cut on the record that retains an obvious link to techno, as Chloé made the choice to sidestep the beat tunnels that usually form the backbone of the genre’s other outings.

Bandcamp Daily  your guide to the world of Bandcamp

Damu The Fudgemunk shares his recent collab with Def Pressé, plus jams from Common and more